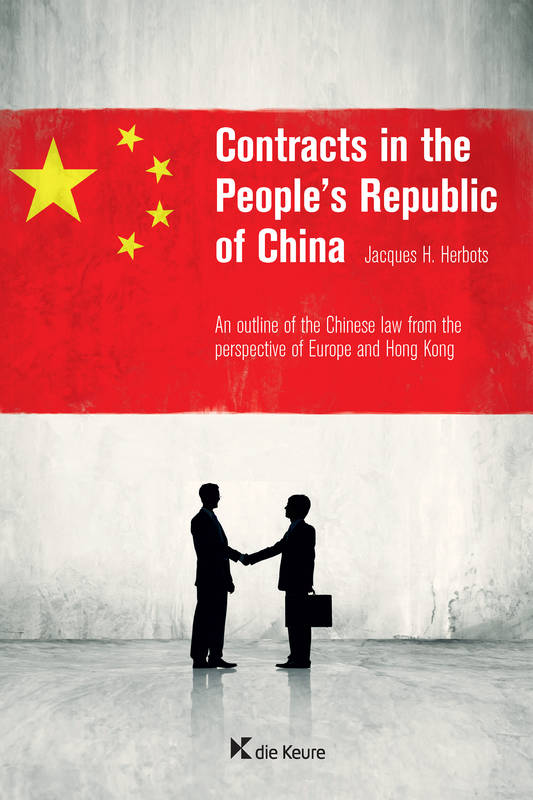 Contracts in the People’s Republic of China

Contracts in the People’s Republic of China

**A complete and well-documented review of contract law in China.**

This in-depth introduction to the law of contracts of Mainland China was
written for Western lawyers who have contacts with the People’s Republic of
China, for scholars and students of comparative law or of Sinology. As stated
above the book is merely an introduction, not a technical legal treatise for
specialised
private lawyers. It is therefore useful for businessmen too. Without using
stale language, this work also places the law of contractual obligations in an
historical and socio-political context. It sketches, besides the general
theory of contractual obligations and the provisions on the several specific
contracts,
the Chinese case law on international sales contracts, as well as the law on
the dispute resolution. It can be said that with regard to the private law the
book opens a window on the continental Chinese legal culture, as Zweigert and
Kötz would call it.

**Jacques H. Herbots** devoted his PhD thesis to African law. Thereafter, for
many years he taught contracts, obligations and comparative law at the
renowned university of Louvain. Besides his main tasks as a professor, he kept
feeling the pulse of the living law as a deputy judge, as an assessor in the
Belgian Council of State and as a member of the High Council for the
Judiciary. He is currently still arbitrator in the Belgian Centre for
Arbitration and Mediation, and he was appointed to the panel of the CIETAC in
Beijing. Ever since a visit to the People’s Republic in 1974, one may safely
say he has been fascinated by the Empire of the Middle.
S'identifier pour envoyer des commentaires.